Home › Lifestyle › The one who got away…

The one who got away… 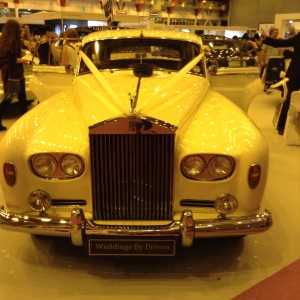 So it’s a friend’s wedding this weekend… actually more like he used to be a love interest. From the first phone call we had, I knew it was going to be an interesting ride. Barely 24 hours later, we met and the next thing, we were having our first date. It was one of those first dates that make you want to look forward to the next date. It was one of those first dates where you both get each other   and he kind of ticked every box for me (same goes for him too… I think!). Communication was excellent and even before the of the date we were completing each other’s sentences. The location and food was also spot on and we both knew we were having a great time. Until he broached on the topic of why he was still single…

I  still kick myself for us bringing the topic up on the day because  personally, I would have preferred the bliss that ignorance provides in this particular scenario even if it was for a minute longer. It was like shooting myself in the foot. So that was how my perfect date went into how he and his ex both realised they were AS. He could tell by the way my countenance changed that our genotype too was going to be a barrier. I can still remember what came out of his mouth next, he said ‘why naa … not you again’. Lifting my two hands in total surrender, I replied ‘this is not fair’.

I remember the drive home and how he tried frantically to see what our chances would be should we both decide to put genotype aside, go with the flow and see where it leads. But I was too cautious to allow my feelings get the better part of me and he too, like me, was smart enough to admit it was going to be a no no. I guess we were both matured and quite reasonable about it too.

We still had very long conversations on the phone weeks after that until slowly and gradually, the calls reduced, the feelings were numbed with crazy work schedules and we both decided to face the facts and do what any matured reasonable lady and gentleman will do… that is, move on. But we have stayed friends till now with occasional ‘hello, how have you been?’ messages every now and then.

He called me when he finally met ‘the One’. I was nothing but thrilled . Then he told me he was getting married. I was thrilled about that too. I told him ‘she is a lucky girl’.  He replied ‘I’m a lucky man too’. I thought that was sweet of him to say. In the end, I think it all worked pretty much the way it was supposed to. But truth be told, he will always be remembered as the ‘One’ who got away…